The Ultimate Character Controller is designed to be extremely modular so if you don’t want to use a certain piece of functionality then you can just not include that component. For example, if your character doesn’t need the health system then the Character Health component doesn’t need to be added. The Character Manager makes it easy to add/remove various components so it is recommended that the components be added through this editor interface. 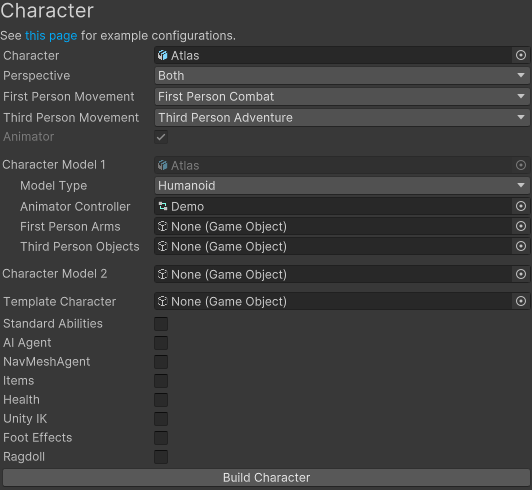 The minimum set of components required are:

If your character is controlled by the player (rather than being AI or networked controlled) then the following components should be added: