When in a first person perspective the third person materials are swapped for an invisible shadow castor material. This then allows the separate first person arms object to render without seeing duplicate arms (or the character’s head from getting in the way of the camera). This works well for single player games, but with split screen games or mirrors the material needs to be swapped multiple times so other players don’t see a character without any arms or head. 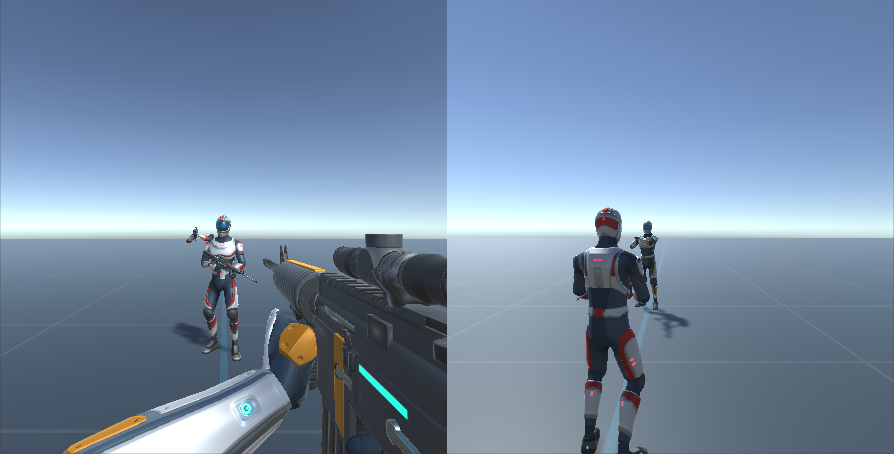 The Split Screen Camera component will do this material swap allowing for multiple cameras on the same screen. 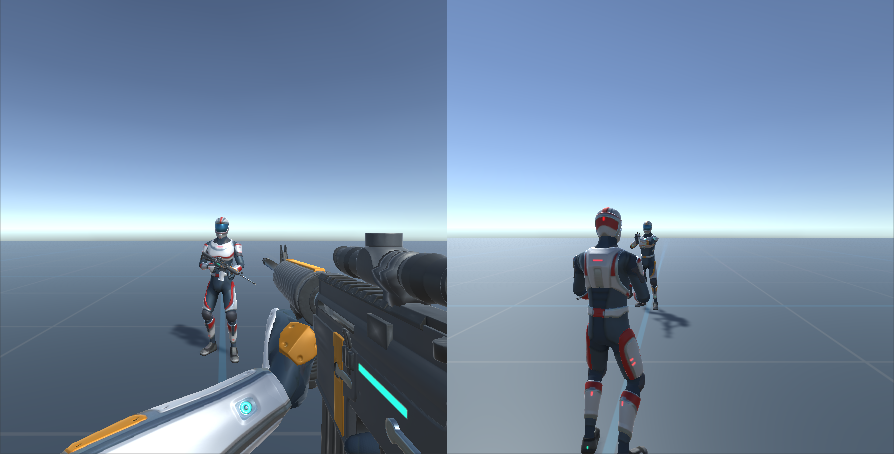