The Template Character field will optionally copy the components, abilities, item abilities, effects, or items. You are able to specify what objects should be copied from the template character. 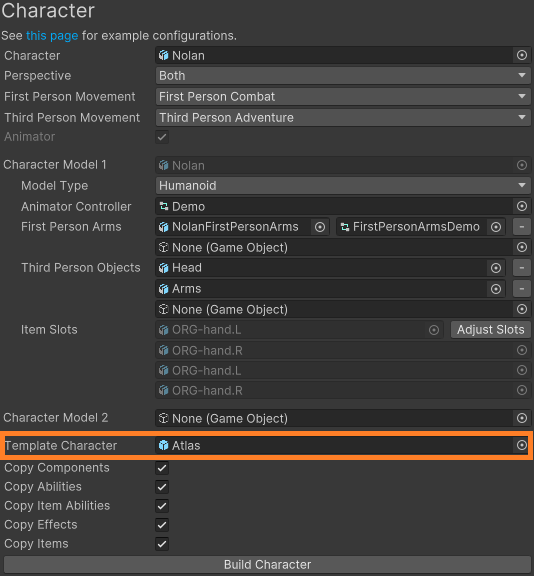 The character model properties (such as the First Person Arms and the Third Person Objects) cannot be copied and should instead be specified in the fields above the Template Character field. 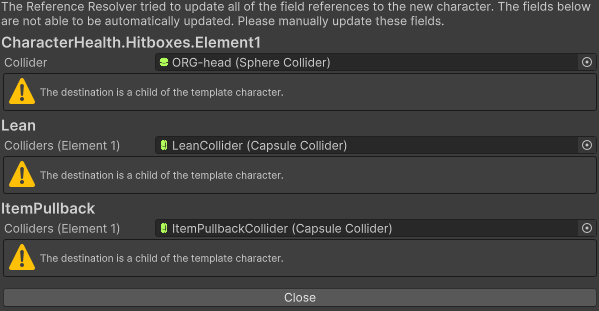 In this image the Atlas character was used as a template for a new character. After using the Character Manager with the template character the Reference Resolver window opened with three objects. The reason why the Reference Resolver was not able to automatically resolve these references is because they all point to Rhea, the second character model that was not added to the new character. You can either update the object reference in within this window, or go to the component itself and update the reference. For this specific scenario the references should not exist since there is no Rhea model so they should be removed within the component.