The character can be created using the Character Manager from the Tools -> Ultimate Character Controller -> Character Manager menu option. This will open an editor window that acts as the central hub for any object creation/updating related editor scripts. 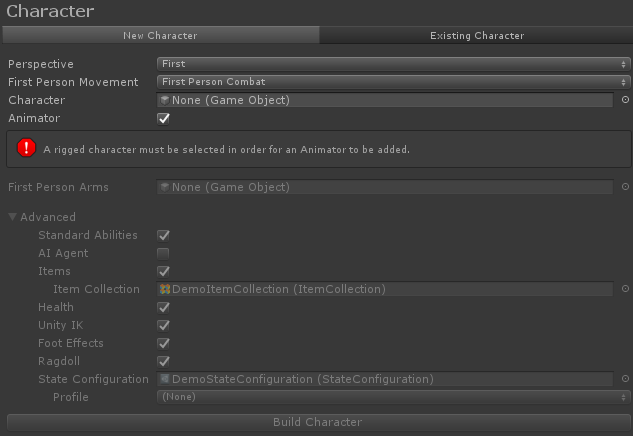 At the moment most of the options are disabled because a character hasn’t been selected. Drag the Nolan model (in the Opsive/Ultimate Character Controller/Demo/Models folder) into your scene and assign it to the Character field. 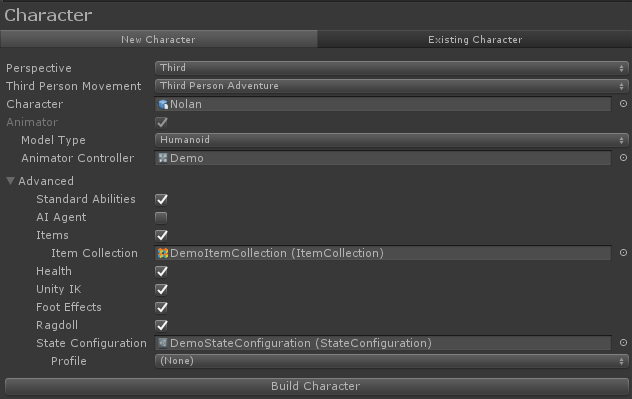 Once the character has been selected you can press the Build Character button and all of the required components and setup will be added.

If you are creating a first person or both character there are two more steps required: 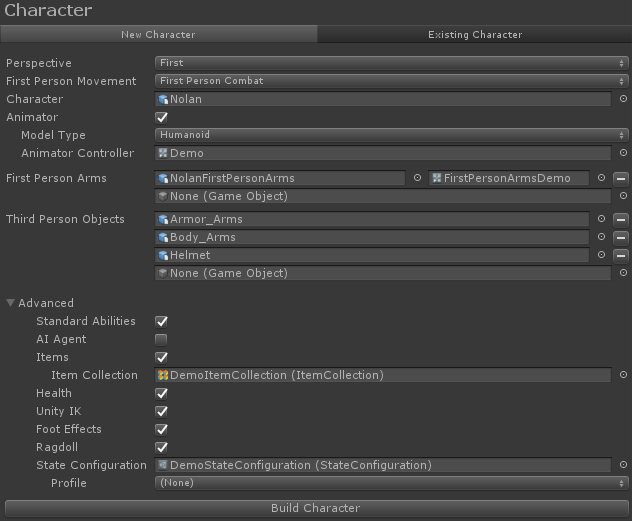 If the Build Character button is pressed all of the components will be added to the character and it can be played within the game. Here’s a look at the character in first person view with the objects hidden specified by the Third Person Objects field. 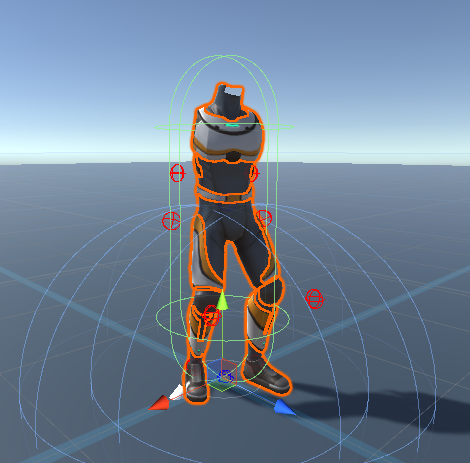 More details on each Character Builder option can be found on this page.