The Inventory System allows for co-op with split screen UI. Below is shown an example for a co-op setting where players are on one screen and each have their own independent UI.

Bother players have their own canvas with their Inventory 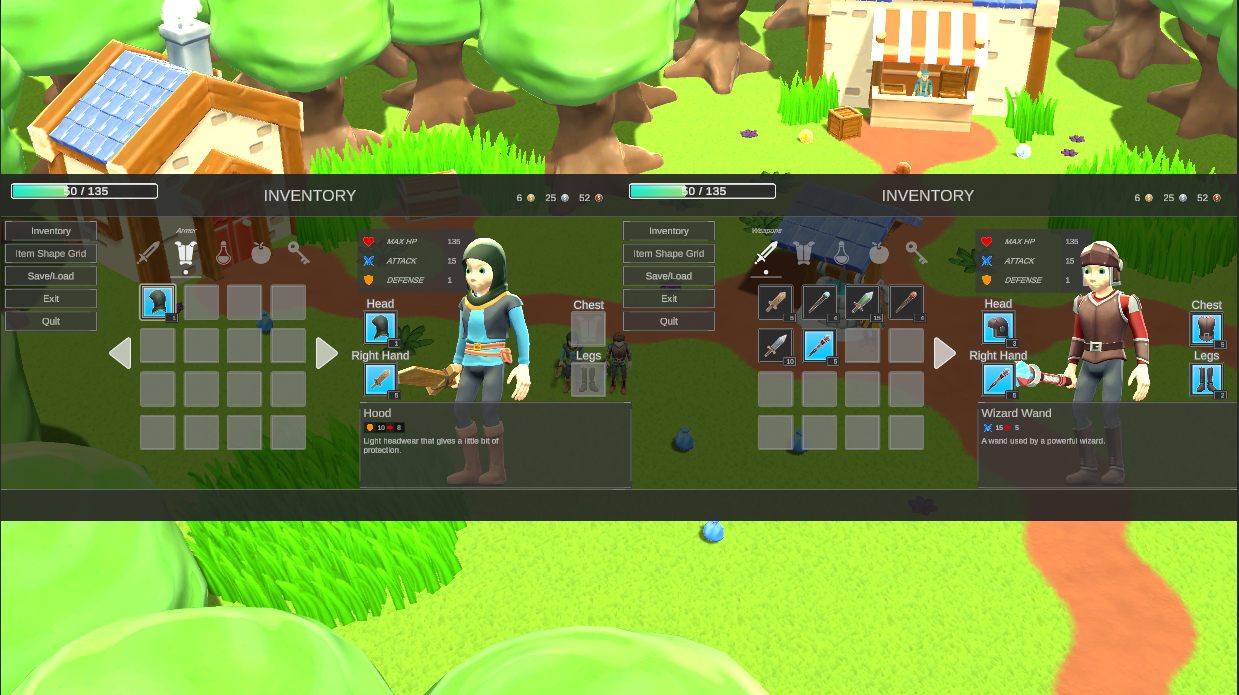 If the option to set time scale to zero when a panel is opened is set to false on both Display Panel Managers, a player can run around while the other does some shopping.

Menus like the Shop, Crafting, etc… can be opened independently for each player. Both players are allowed to use the same Shop and Crafter at the same time. 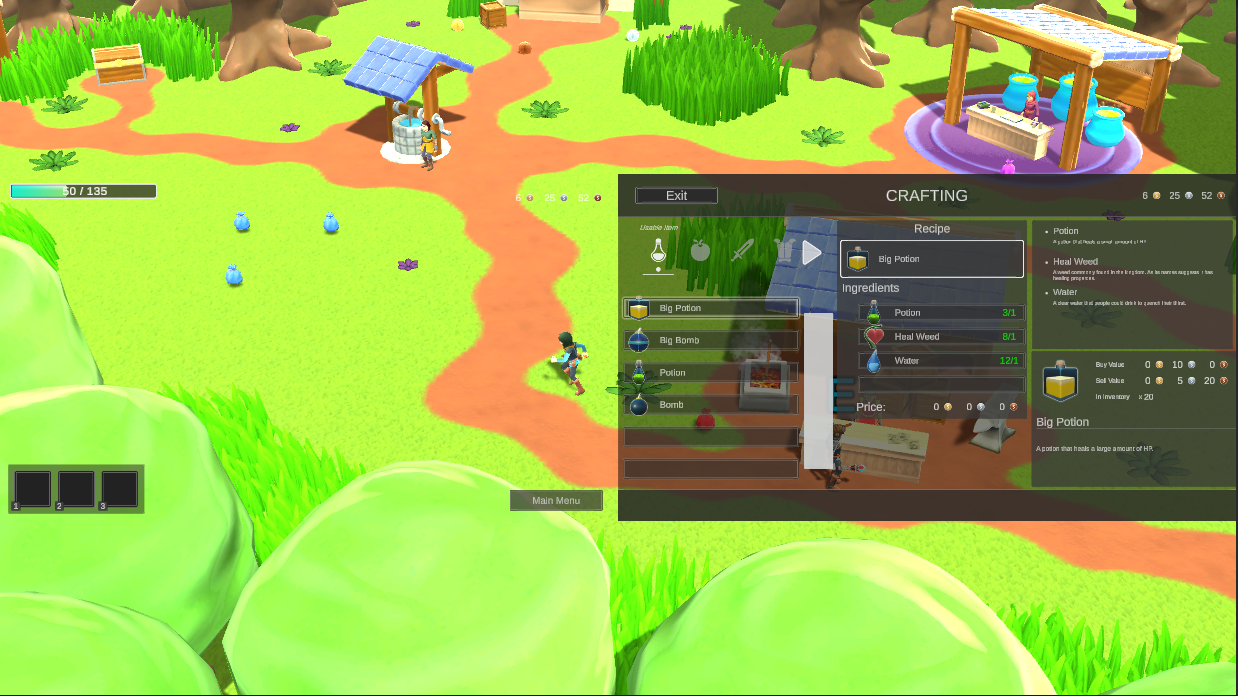 There are some restrictions to split screen UI:

Here are the steps to turn the demo into a Split Screen UI scene.

Import one of the advanced Input System & Integration

The following steps should be performed in order to setup the Unity input system with your character:

The following steps should be performed in order to setup the Rewired input system with your character:

The second character and UI should now be added to the scene. This can be done by performing the following steps: