At the highest level a behavior tree is a collection of tasks. Tasks have a similar API to Unity’s MonoBehaviour so it should be really easy to get started writing your own tasks. The task class has the following API:

Tasks have three exposed properties: name, comment, and instant. Instant is the only property that isn’t obvious in what it does. When a task returns success or fail it immediately moves onto the next task within the same update tick. If you uncheck the instant task it will now wait a update tick before the next task gets executed. This is an easy way to throttle the behavior tree.

The following flow chart is used when executing the task: 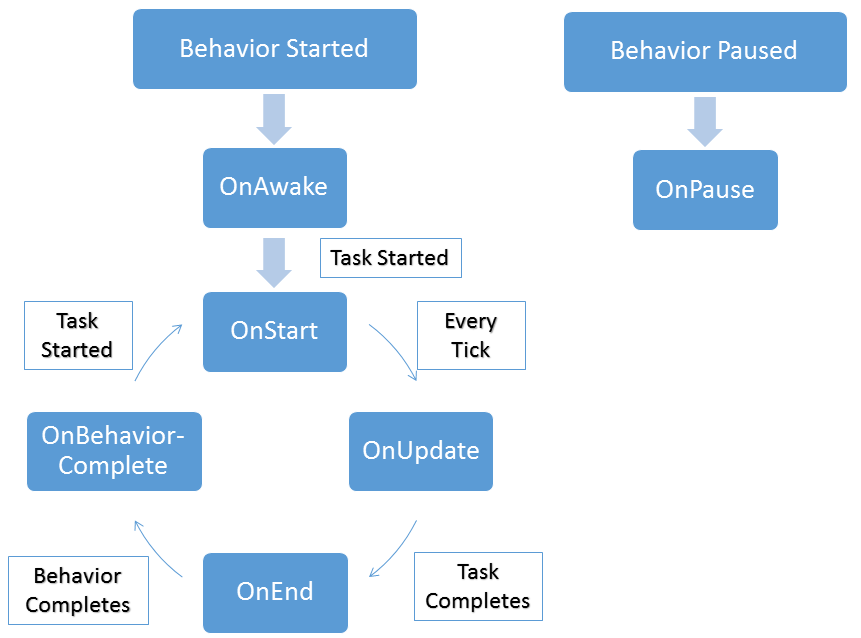