Playmaker is a popular visual scripting tool which allows you to easily create finite state machines. Behavior Designer integrates directly with PlayMaker by allowing PlayMaker to carry out the action or conditional tasks and then resume the behavior tree from where it left off. PlayMaker integration files are located on the downloads page because Playmaker is not required for Behavior Designer to work.

To get started, first make sure you have Playmaker installed and have imported the integration package. Once those files are imported you are ready to start creating behavior trees with Playmaker. To get started, create a very basic tree with a sequence task who has two Start FSM child tasks: 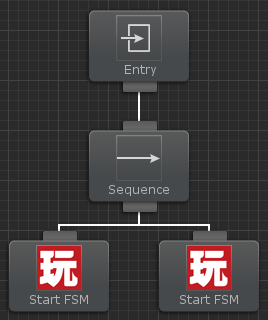 Next add two Playmaker FSM components to the same game object that you added the behavior tree to. 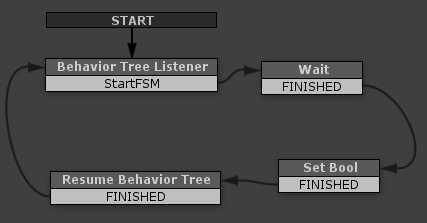 Create a new variable within the Set Bool state and set that value to true.

Then within the Resume Behavior Tree state we want to return success based off of that bool value:

That’s it for this FSM. Create the same states and variables for the second FSM that we created earlier. Do not set the bool variable to true for this FSM. 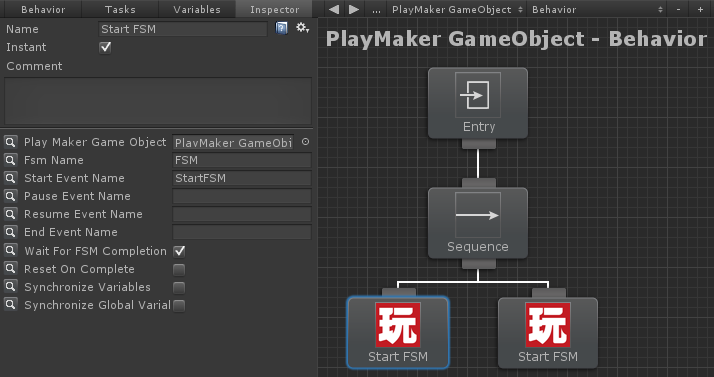 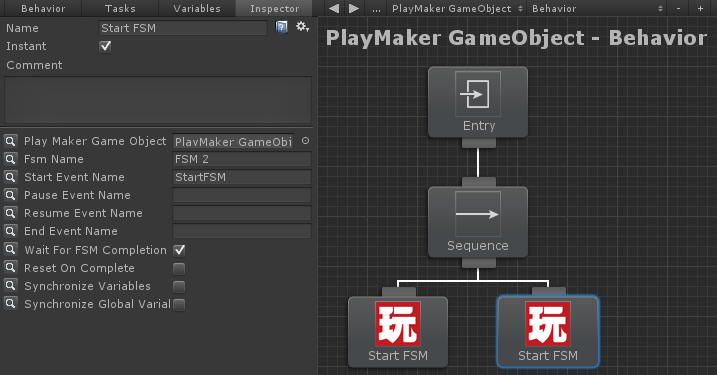 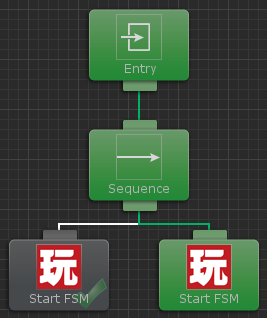