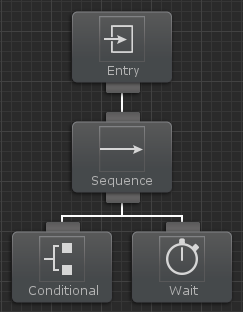 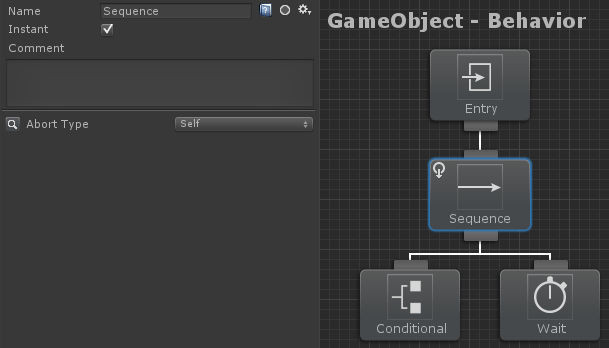 There are four different abort types: None, Self, Lower Priority, and Both.

Conditional aborts can also be thought of the following way:

The following example will use the lower priority abort type: 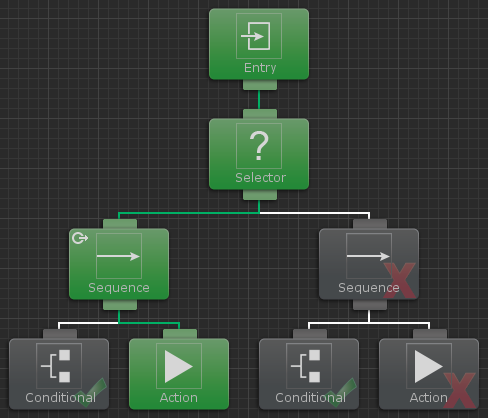 In this example the parent Sequence task of the left branch has an abort type of lower priority. Lets say that the left branch fails and moves the tree onto the right branch due to the Selector parent task. While the right branch is running, the very first Conditional task changes status to success. Because the task status changed and the abort type was lower priority the Action task that is currently running gets aborted and the original Conditional task is rerun.

The conditional task’s execution status will have a repeater icon around the success or failure status to indicate that it is being reevaluated by a conditional abort:

Conditional aborts can be nested beneath one another as well. For example, you may want to run a branch when one of two conditions succeed, but they both don’t have to. In this example we will be using the Can See Object and Can Hear Object tasks. You want to run the action task when the object is either seen or heard. To do this, these two conditional tasks should be parented by a Selector with the lower priority abort type. The action task is then a sibling of the Selector task. A Sequence task is then parented to these two tasks because the action task should only run when either of the conditional tasks succeed. The Sequence task is set to a Lower Priority abort type so the two conditional tasks will continue to be reevaluated even when the tree is running a completely different branch. 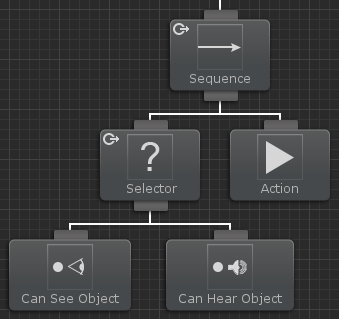