The next highest priority branch after the Near Grenade branch is the Damaged branch: 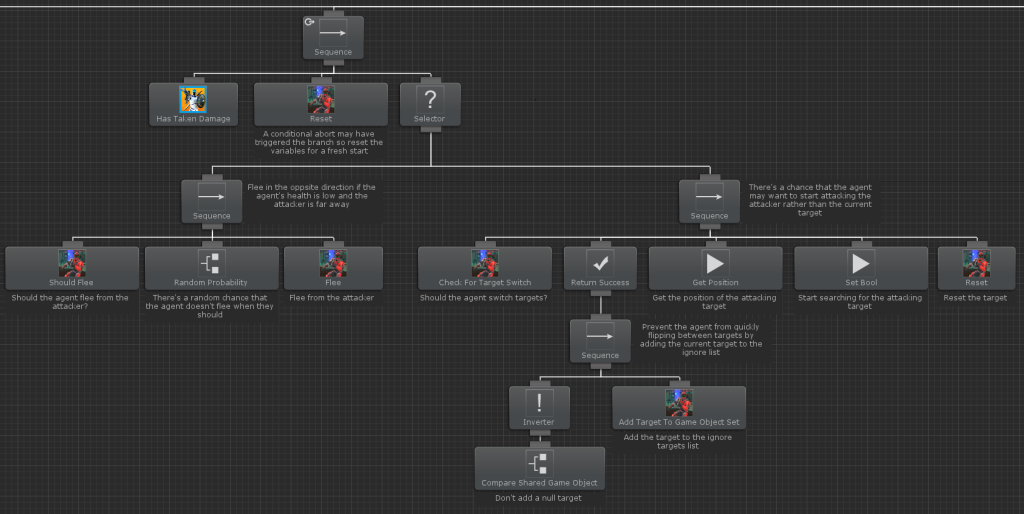 The first task to run is the Reset task similar to the Near Grenade branch. We want to make sure almost all of the variables start fresh in case the conditional abort triggered the branch to run. Following the Reset task we have a Selector which will first try to run the left child branch and then if that returns Failure it’ll try to run the right child branch. First we’ll take a look at the Flee branch:

If the agent does not flee than the right branch runs: 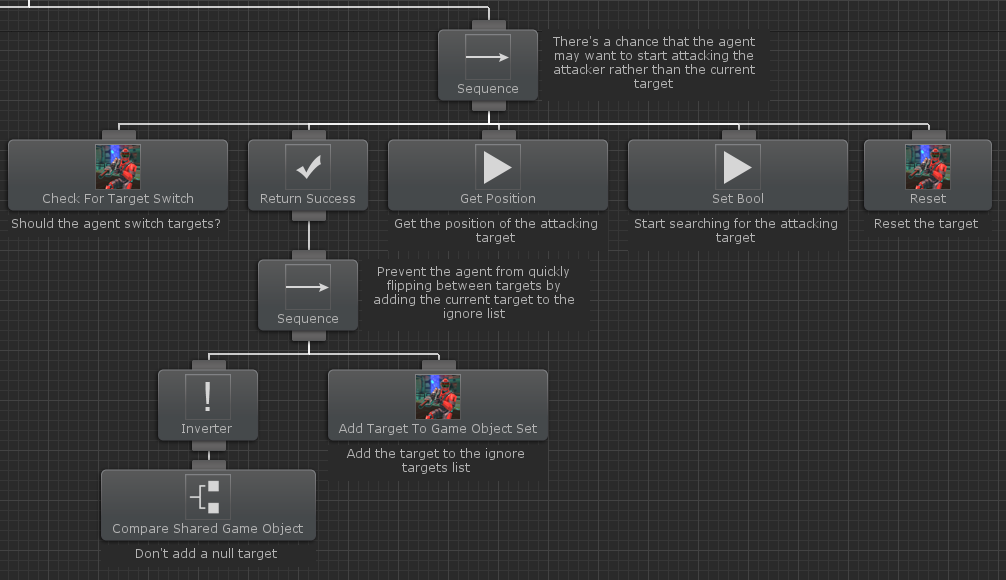 The goal of this branch is to determine if the agent should switch its target to the attacking target. The first task that runs is the Check For Target Switch conditional task. This task will evaluate if the agent should switch from the current target to the attacker. If Check For Target Switch returns Success then a small branch will run which determines if the current target should be added to the Ignore Targets variable.

After the target was possibly added to the Ignore Target set the next task will get the position of the target and following that the Search variable will be set to true. This allows the agent to start looking for the attacker that hit the agent. The last task that is run is the Reset task which will reset the Target back to null since no targets are currently within sight.